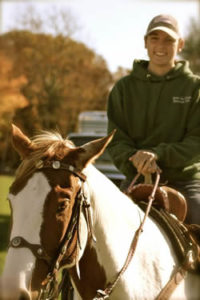 Catherine Arruda, a Plymouth Massachusetts native, was introduced to horses at the age of ten. Before learning how to ride she took vaulting lessons. It did not take long for Catherine to discover her passion for horses. Shortly after she began vaulting she began to take riding lesson at a local barn. After working at local barns throughout high school Catherine attended Mount Ida College where she earned her Bachelors of Science in Veterinary Technology. While at Mount Ida College Catherine made the Dean’s list for eight consecutive semesters and was inducted into the Massachusetts Zeta Chapter Alpha Chi National College Honor Society. During her last year at Mount Ida College she completed six externships. In the spring of 2014 Catherine graduated from Mount Ida College as a Veterinary Technologist with summa cum laude. 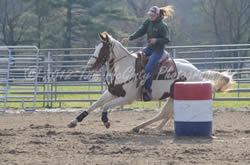 In 2012 Catherine received her Massachusetts riding instructor license and taught lessons at a local barn during her spare time between semesters. After completing her degree, Catherine’s love and passion for horses lead her to South Shore Equine Clinic. At South Shore Equine Clinic Catherine is able to use all of the technical skills she learned at Mount Ida College. She is able to monitor and care for hospitalized patients, attend farm calls, assist in numerous surgical procedures, and assess blood work. 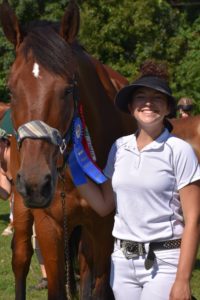 Samantha Bruha was born in Easton Massachusetts where she began riding at a young age. Samantha spent most of her childhood competing throughout New England in dressage and hunter/jumpers. Samantha managed a 30-horse lesson and boarding stable as an apprentice and taught riding lessons throughout high school. Soon after, she became a Massachusetts licensed riding instructor before attending UMass Amherst where she studied Pre- Veterinary Science and Biochemistry. Samantha has a passion for working with mares and foals and expanded her knowledge as an undergraduate by studying the role of calcium in mammalian reproduction. 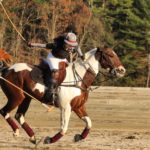 In college, Samantha traveled around the northeast competing on the University’s intercollegiate polo team of which she later became the co-president and captain. In her spare time, she enjoys spending time with her own horse, goat and puppy. She also loves the beach and all things outdoors!

A new edition to SSEC in 2018, Richard resides in the Plymouth, MA area. Richard spent many years riding and jumping on Long Island (NY).

Richard has thirty years’ experience in the hospitality industry, as a senior executive for several national and international companies. He hopes to use this knowledge to assist in the operation and administration of SSEC, while helping to make the client and patient experience exceptional.

Although he has spent the majority of his life in NY, the family is enjoying the South Shore MA country and water views. Richard spends time exploring new towns and the historical sites in MA, as well as visiting family in the area. 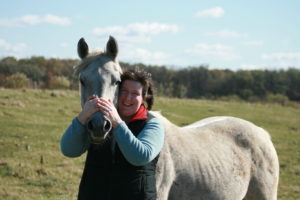 Ashley Croteau is originally from the East Coast. She grew up in Massachusetts, Minnesota, California, New York, and Pennsylvania. Her love for horses started at a young age, at 6 she started riding and at 10 she got her first two horses. Through high school Ashley not only owned and rode her two horses but her first job was walking ponies for birthday parties and events for Blue Ribbon Pony Farm.

Ashley graduated from Morrisville State University in 2007 with an AAS and BS in Equine Science. While at Morrisville she spent her last 2 years studying Equine Reproduction and Mare and Foal Care. After college Ashley worked at Concord Stud Farm, a big Standardbred breeding farm in New Jersey for 2 ½ years. At Concord, Ashley participated in foaling many mares, diligently took care of the mares, foals, and yearlings and assisted in the breeding of numerous mares. She also had to care for a flock of sheep and goats, which she enjoyed immensely. 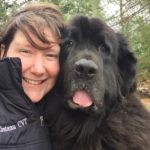 In her spare time Ashley enjoys knitting, painting, listening to music, gardening, and spending time with her family and cats. 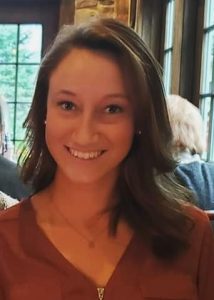 Clarisse Hutchinson is originally from Northern Maine and that is where her love of horses first began. She received her first horse when she was just five years old and instantly fell in love. 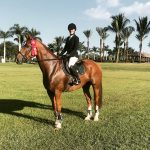 After college, Clarisse worked at Greystone Eventing Stable in North Carolina and spent two summers as a trail guide at Lawton Stables in South Carolina. Prior to joining the team at South Shore Equine Clinic, Clarisse fulfilled her WEF horse show dreams by spending a year at the Miami International Riding Club in Florida as a trainer, instructor and show coach.

In her spare time, she is an active and avid runner and enjoys taking riding lessons to further her skills. Her ideal day would be on a beach with her favorite book. 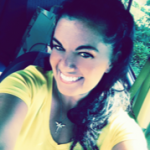 Maureen Keating grew up in the South Shore area of Massachusetts and has lived here all of her life. She is brand new to the horse world but has had a love for all animals since she could barely walk. She only recently started working with horses when she began to work for a local farm in Marshfield, MA. It was there, where she found her love for horses.

Maureen has worked in the customer service industry for more than 20 years. She currently manages a well-established restaurant in the South Shore area. She also teaches dance lessons to all ages which she has been doing for 25 years. She studied at Massasoit Community College where she received her certification as a Veterinary Assistant for small animals.

In her spare time, she enjoys dancing, kickboxing and volunteering at local animal shelters. She considers herself a bit of a risk taker and recently went skydiving. She also sees riding lessons in her near future. Her ideal day would be anything adventurous with the right amount of risk involved. 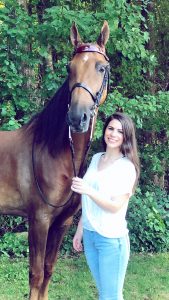 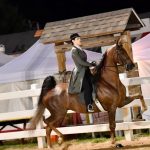 Prior to completing her degree, Kellianne lived in California and interned at a rehabilitation facility as an addiction counselor as well as worked in the facility’s accounting department. From this, she gained experience in supporting client mental health and wellbeing in addition to financial management. Before being a vet assistant, Kellianne worked at SSEC as a Client Service Representative. Kellianne draws on these experiences to assist the veterinarians of SSEC in providing empathy, support, and the best care to both the patient and the client.

In her free time, Kellianne enjoys teaching riding lessons at a local horse barn and competing in horse shows throughout New England with her Saddlebred, Pax. She loves to go hiking and to take her dog, Kimiko on walks in the cranberry bogs. 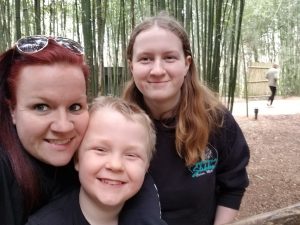 Debbie Myers grew up in Brockton. In 2017, she bought a home in Carver and cleared land to start a small backyard boarding stable.

Debbie has worked in the service industry (heating and air conditioning and generator service) for almost 20 years. She held positions that included dispatching and scheduling, administrative work, accounting, human resources and worked my way up to upper management.

Debbie owns two horses, a standardbred named Obi that she rescued from NJ and an Oldenburg warmblood named Tilly.

Debbie has two children, Emma and Jared. Emma’s love of riding fueled Debbie’s desire to be a horse owner and learn a new skill. Debbie started riding at the age of 34 and less than 6 months later rescued her horse Obi! Mother and daughter primarily do trail riding or pleasuring riding in the riding arena in their backyard. 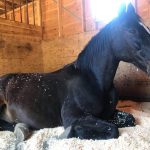 Debbie and her family have a love of all animals. They have two rescue dogs, Cane and Rocky. All of their animals are considered part of their family and life wouldn’t be the same without them! Even their borders horses are treated like family.

Debbie spends all her spare time with her children and animals. She loves music, movie nights and going on random adventures and day trips around the New England area. If she isn’t at work or away from the stables, she can be found making improvements to the stables and caring for her animals.

Debbie joined the SSEC team to combine her love of horses and her desire to grow her knowledge base as well as be a part of a team that puts the horses needs and care first. 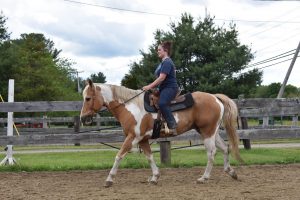 Jillian Mulcahy grew up in Berkley MA owning chickens, cats and dogs. She has always had a love for animals since she was a child. Although Jillian didn’t own a horse, she had a fascination with them leading her to participate in 4H and start riding. After years of riding she began working at local barns which expanded her knowledge and passion for horses. 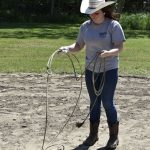 In 2019, Jillian started working at New England Animal Medical Center, as a kennel technician and worked her way up to a technician assistant. Although she loves cats and dogs, working with small animals made her realize her true passion was for large animals.

Jillian enjoys spending as much time as possible with all of her pets (including 40 chickens, 2 cats, and 2 dogs) and enjoys hiking, fishing and traveling with her family. 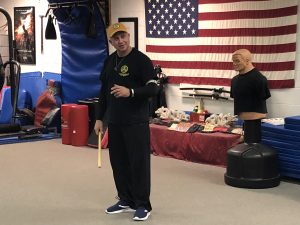 Joseph Nevaras joined South Shore Equine Clinic August 2020 . All his life, he loved animals. As a very young child born in Milton Massachusetts, Joseph helped with his mom’s family owned horse boarding stables and farms. Joseph spent most of his childhood helping clean and maintain the 100 horse barn and was fascinated when the Veterinarian came to visit . Joseph subsequently studied marshal arts and holds a 6th degree black in American kenpo , and 4th degree in Tae Kwon do.

Joseph spent 30 years employed by the commonwealth of Massachusetts, Department of Mental Health. During that time he managed an adult day program , and group homes, including a network of halfway houses in the Quincy Area . Joseph’s ultimate plan was to obtain his veterinarian assistant certification which he recently achieved. Joseph is also enrolled in the Penn Foster veterinarian technician program. 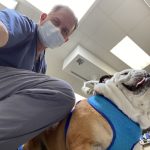 He began an internship at the Veterinarian Village in New Bedford and as a volunteer for Cat Canton Rescue inc , assisting with adoptions and care for the rescue cats. He has a cat named Bear, along with his 13 year old black and white queen feline.

Joseph resides in New Bedford, MA and grew up in Abington Massachusetts. Joseph feels after all his varied prior vocations, he can now live his dream of working with horses . The lesson life has taught him is taken from the words of Confucius, “ to never tire of learning”. He is looking forward to his new career at South Shore Equine Clinic with the greatest dedication and skill. 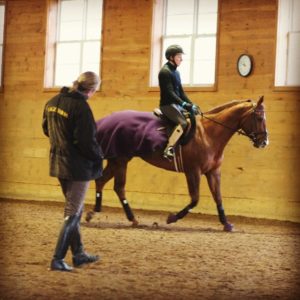 Sarah Wojtyto graduated from Rhode Island College with a Bachelor’s degree in Management. Sarah worked for South Shore Equine Clinic from 2006 through 2013. During that time she was the operations supervisor and office manager, she managed the day-to-day business at the hospital. In 2019, Sarah returned to South Shore Equine Clinic as the Strategic Assistant & Bookkeeper. Sarah is the problem-solver across the business. Her position involves a variety of tasks such as project management, bookkeeping, human resources, and marketing.

Sarah spent 2016-2019 as the Farm Manager at a fast-paced boarding, training, and show horse facility with 49 horses. She was responsible for the care and management of all the horses at the facility. This involved managing, communicating, and coordinating with all the clients, veterinarians, farriers, staff, and trainers. 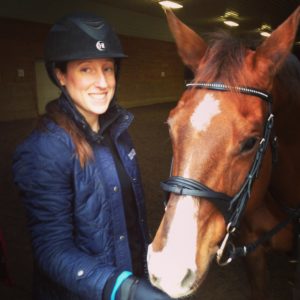 Sarah was the Equine & Barn Manager at the BINA Farm Center, a therapeutic riding facility in Norfolk, MA from 2014-2016. There she was responsible for the care, management, and exercise of the therapy horses at the farm and managed the 40-stall boarding facility.

Sarah’s involvement with horses began over 30 years ago. Her riding background is primarily with hunter/jumpers and dressage. During her college career she worked for a standardbred racing stable in Plainville, MA. While working with racehorses she obtained vast knowledge in caring for and managing performance horses.

In her spare time, she enjoys the beach, horseback riding, attending concerts, and spending time with her family, friends, and two dogs.